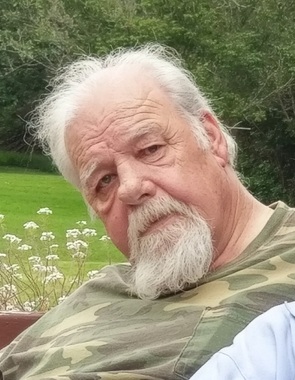 Back to William's story

William E. "Bill" Cain, 70, of Middleport, NY, passed away after a long illness on January 9, 2020, at Niagara Hospice House.
Born on January 24, 1949, in Lockport, NY, he was the son of the late Edward and Agnes (Morton) Cain. He was also predeceased by a brother, Jerry Cain; sister-in-law, Beverly Cain; a father-in-law, Frank Mack, Sr. and a brother-in-law, Duane Bruning.
Bill worked as an over the road truck driver and worked for several companies including Laidlaw and later on drove for other various local companies. Bill loved the outdoors, especially while hunting, fishing and working on his yard. He enjoyed fixing and tinkering in his shop and liked watching NASCAR. Bill cherished the time spent with his family and friends and took great pride in his children, grandchildren and great-grandchildren.
Bill is survived by his wife of 31 years, Christine Cain; daughter, Tammy Cornelius of Spencerport, NY; two step-sons, Richard Howes, Jr. of Lockport, NY, Peter (Angela) Howes of Pikeville, NC; grandchildren, Tyler, Kayleigh, Emily, Richard III; great-grandchildren, Autumn Jean, Lydia; two siblings, Janet Bruning and Jack Cain, both of Lockport, NY; a sister-in-law, Pat Cain of Barker, NY and mother-in-law, Martha "Gert" Mack of Gasport, NY. Bill was also brother-in-law to Jim (Penny) Moore of Appleton, NY, Frank (Judy) Mack of Albion, NY, Bob (Bonnie) Mack of Lyndonville, NY, Cathy (Norm) Baker of Lockport, NY, Scott (Cathy) Mack of Orchard Park, NY. Also surviving are many nieces, nephews and good friends, especially Wayne (Debbie) Green, Don Eadie and Dick (Patty) Huntington.
There are no calling hours. A memorial service will be held on a later date in the spring to be announced. In lieu of flowers, memorials may be made in Bill's name to Niagara County SPCA, 2100 Lockport Rd., Niagara Falls, NY 14304. Arrangements were entrusted to the Bogan & Tuttle Funeral Home, 226 Pearl St., Medina, NY 14103.
Please light a candle or share a memory of Bill at:
bogantuttlefunerals.com
Published on January 10, 2020
To send flowers to the family of William E. Cain, please visit Tribute Store.

Send flowers
in memory of William

A place to share condolences and memories.
The guestbook expires on April 09, 2020.

Amy Kassmann
Chris (mom), so sorry to hear of Bill's passing. You've been on my mind and in my prayers. Please get ahold of me if you need anything! Xo
Kathy and Earl Vining

Chris, so sorry to read of Bill passing. I pray our Lord Jesus embraces you and your family during this difficult time.......sending our love to you

Chris,. I'm so sorry to hear the loss of your loved one. Our thoughts and prayers are with you and your family

Debbie Green
I met you at Richie and Tootsies wedding years ago.Bill ,Wayne and Richie worked together.We hit it off and that's when I became Pebbles.I loved you then and I love you now.We became friends so quick and now we forever Family.Rest in Paradise Bill! You were a tough guy..but a teddy bear in heart!
View all