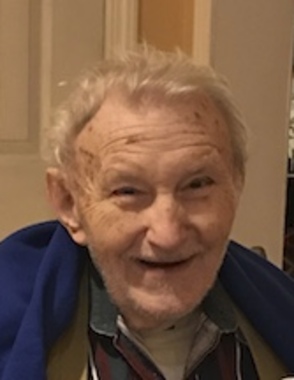 Back to Robert's story

Robert D Eldred, retired chaplain, Buffalo Psychiatric Center
July 27, 1927 - March 14, 2020
Chaplain Robert D. Eldred died peacefully in Lockport NY, he was 92.
A native of Arlington, VA, he attended Washington-Lee High School and enlisted in the US Navy during WWII. He went on to earn degrees from Randolph Macon College, American University, and Drew University Methodist Seminary. In 1955 he became a fully ordained clergyman in the Methodist church. He was appointed the Protestant Chaplain at Buffalo Psychiatric Center in 1954, and served there until his retirement in 1990.
The son of the late Veeve (nee Cleveland) and Duncan Eldred; and the brother of the late Charles Eldred. Predeceased by his wife, Barbara (nee Chisholm) in 1992. He is survived by a son, James R. Eldred; a daughter, Janet B. Eldred (John Heath); a grandson, Michael J. (Kelly) Eldred; and great-grandson, Declan.
A private gathering will be held at a later date.
Published on March 22, 2020
To plant a tree in memory of Robert D. Eldred, please visit Tribute Store.

Plant a tree in memory
of Robert

A place to share condolences and memories.
The guestbook expires on June 19, 2020.

Jim Lesch
I have fond memories of Bob and his wife Barbara at Trinity UMC Amherst when I was Associate Pastor there. He was gentle and kind and a great chaplain at Buffalo Psychiatric. I filled in for him a few times there. Bob read or told a story at Trinity as part of the Christmas Eve service. He was the first to use “The Best Christmas Pageant Ever" which has become a classic. I always appreciated Bob asking now only how I was doing, but also what I was reading or thinking about.
Revs Peter and Bonnie LeValley
We send our prayers for God’s peace and comfort at this time of grief. We will remember Bob’s passion for ministry with those in institutional settings. His voice for the least was resolute and strong. He also had a great laugh and twinkle in his eye. We are grateful to have known him in this life!
Rev. Dr. Charles B. Grimm

Bob will be missed. He was a fellow chaplain of many years. We shared many hours of conversation to and from state chaplains conferences in blizzards and fair weather. He kept me well informed on the latest about anything and everything and every subject along with the goings and coming of Garrison Keillor's Lake Wobegon Mn. town characters. What fun and what a beautiful soul. Again, he will be missed!
Chaplain Grimm

A memorial tree was planted in memory of Robert D. Eldred.  Plant a tree

Paul Womack
So many fond memories of times with Bob (and Barb). He was a great colleague and friend.
Rev. Jeffrey Childs
I was blessed to have Bob as one of the retired pastors attending the Trinity UMC in Grand Island when I was the pastor there. There were many times when he would go and serve communion to the people of First UMC in Buffalo for me, when they were being served by a layman. Bob had a compassionate soul.
Frances w. Eldred
Bob was a truly gentle soul with a wonderful sense of humor. He spent 2 weeks with his dieing brother Charlie. It was a blessing for them both.
Bob is physically gone but will always be remembered with love in our hearts.
Rev. Joan Zimmerman

A memorial tree was planted in memory of Robert D. Eldred.  Plant a tree 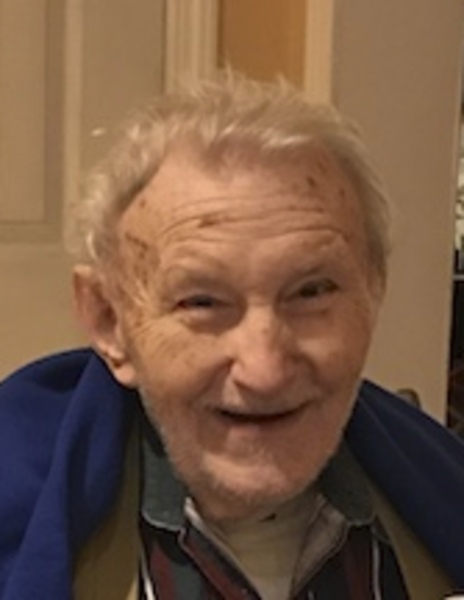