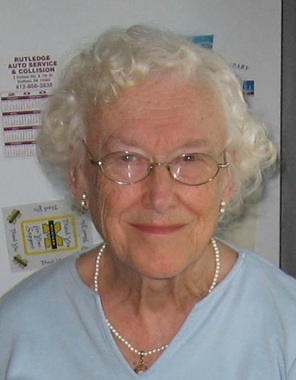 Back to Barbara's story

Barbara Eileen Wheeler went to be with the Lord on Wednesday, March 18, 2020. Born Barbara Eileen Wilson on June 3, 1928, she was the daughter of Eileen (Terry) Wilson and Leon C. Wilson. She was the first child to be baptized in Emmanuel Methodist's new church building on East Avenue, and remained a lifelong congregant, known for teaching Sunday School and for growing strawberries to support Methodist missionaries in her "Lord's patch". A farmer's daughter, she was educated in a one room schoolhouse for her first eight grades, and then went to Lockport High School, where she graduated in 1947. She worked as a milliner until she married Lewis M. Wheeler in 1949, and they resided at 6077 Ridge Road, Lockport, NY. She raised two children, Terrie Rose (Thomas W. Fussell) and Mark Lewis (Patricia E. Dutton).
Barbara is survived by her brother, William L. Wilson, and her sister, Betty L. McCormick. She has three grandchildren, Kevin Lewis Wheeler (Caroline Dowd), Kathryn Elaine Wheeler, and Amy Pearl Wheeler Allen; and two great grand-daughters, Cora Ann Wheeler and Raven Rose Allen; along with many nieces, nephews and grand nieces and nephews.
Barbara personified hospitality, and was often the host of her United Methodist Women's circle, family picnics and dinners of all types, and welcomed visitors to her home. In addition to the "Lord's patch", she grew and canned or froze fruits and vegetables to feed her family. Barbara was an artist, and her art came through in her enormous creativity. She sewed, crocheted, punched, and was always creating something for someone. She will be remembered for the hundreds of quilts she sewed with love for church projects. Barbara enjoyed playing cards, and played Canasta with her family until their very last visit.
Due to the corona virus pandemic, burial will be private, with a memorial service to be scheduled at Emmanuel United Methodist Church sometime in the summer after the pandemic passes. In lieu of flowers, donations to honor Barbara's life may be sent to the Emmanuel United Methodist Church Mission Fund, 75 East Avenue, Lockport, NY 14094.
Published on March 21, 2020
To plant a tree in memory of Barbara E. Wheeler, please visit Tribute Store.

Plant a tree in memory
of Barbara

A place to share condolences and memories.
The guestbook expires on June 19, 2020.

Eunice Nerber
Mark, Terrie and all your family I wanted you to know how sorry I am at the passing of your mother. I know how hard it is too loose her. Aunt Barbara was very special.
Phoebe Ferree Wilson
I lived next door to Barbra for 19 years...
She was a very good neighbor...
I was very blessed to know her and her family...
May GOD bless and keep her family...
I bought her 1950 Mercury car when they updated their cars...
Annette Wilson Harper

My thoughts and prayers to Terrie and Mark and your families. I doubt you would remember but I was your once upon a time baby-sitter. Your Mom was a cousin to my father-one of the few relatives we had on the Wilson side. Your Mom was always such a sweet kind lady. She always made me feel at home and like I was a member of the family. Though I hadn’t seen her in years I know she was still the same loving person I knew back then. I know Heaven has another beautiful Angel by his side 💖 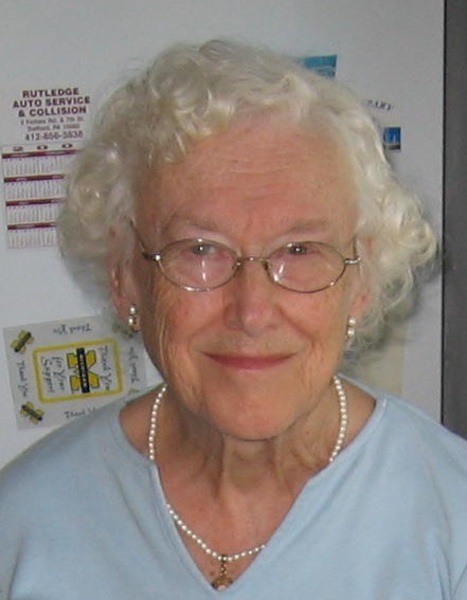